Giant Sand was at La Maroquinerie in Paris, on February 19th 2005, for one of their rare French concerts (no tour stopped at length in France since 2000).
It was the opportunity to see on stage the new line-up of Howe Gelb's band, which debuted on record in 2004 with "Is all over the map".
Vivonzeureux! couldn't make it to the gig, but our friend Cathimini, the famous music journalist from Abus Dangereux, was there and she trusted with us with some of the photographs she took that night, that we are happy to share with you.
It is the best way we could find to announce the forthcoming Giant Sand concerts in France, as part of their European tour :

The full dates for Giant Sand's European tour in June and July can be found on the band's site. 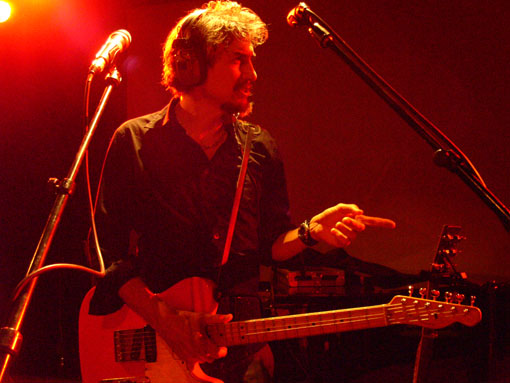 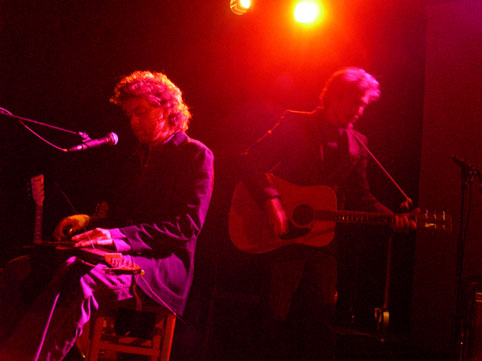 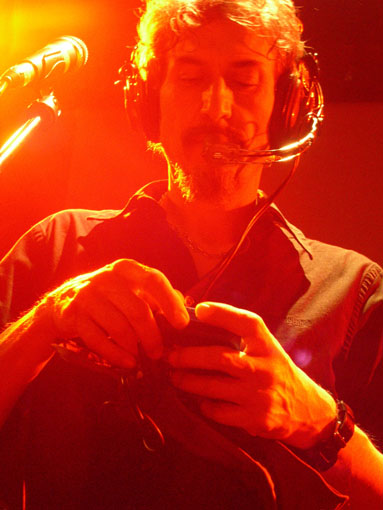