JONATHAN RICHMAN
& THE BAND OF BLACKY RANCHETTE'S
TRIBUTE TO RAINER

I shouldn't have been so much surprised. And I should even have been expecting it or hoping for it. Still, I was stunned when, on that day in september 2000, I got the e-mail that Howe Gelb had sent to all the members of the Giant Sand discuss list.
In his peculiar style, elliptic and far gone out to the point of being nearly incomprehensible, Howe was announcing nothing less than the return of The band of Blacky Ranchette, his occasional country band, with a fourth album to be released ten years after the previous one and fifteen years after the first one.
"Blacky is back" was the subject of the message, and it was enough already to make me jump with joy and to fill me with anticipated excitation, but it was nothing compared to the effect that the message itself had on me, explaining that Blacky has decided to unite one more time to record a tribute to their dear friend and founder member Rainer Ptacek, who died in Autumn 1997, and that, on this occasion, the group had invited another friend of Rainer to take part in the recording process,... Jonathan Richman!
At that point, I was not jumping with joy anymore, rather, I was petrified with surprise ! If I add Jonathan Richman's albums to those byt he Giant Sand galaxy of bands, I must have nearly fifty albums in my home - and I'm not talking about singles - and both these artists are awarded regular and systematic chronicles in Letslivappy! So, to see them recording together was completely unhoped for.

And yet, as I was saying, it shouldn't have been such a complete surprise. After all, since 1995 at least, Jonathan has been playing all his concerts with Tom Larkins, who played a long time in Giant Sand with Howe Gelb and Rainer and who has also played on the Blacky Ranchette albums. And at the time of "Surrender to Jonathan !", Nick Augustine was playing bass live and on record with Jonathan, and before that Nick had been for years the bass player for Das Combo, the backing-band for... Rainer.

And then, it wasn't the first album in tribute to Rainer. To help cover its medical expenses, the Tucson musicians had released "Wood for Rainer" in 1996 as soon as news of Rainer's illness had come out, a compilation of recordings made during the "Wooden ball", a mainly acoustic festival which regularly gathers the Tucson scene.
The other Rainer tribute album, "The inner flame", had come out in 1997, at the time when a remission in his illness had led to think that Rainer was on the path to a complete cure. On this album, overseen by Howe and Robert Plant, there was a song by Jonathan Richman, an instrumental cover of Rainer's "Broken promises", recorded in Paris during the Spring 1996 tour, with Nick Augustine, Tom Larkins and keyboard player Dan Eisenberg.
Another clue could link Jonathan with Rainer, and thus with Giant Sand, since the lyrics for "Rock'n'roll drummer straight from the hospy-tel" on the "Surrender to Jonathan !" album in 1996 were credited to Rudy Ptacek and Jenny Rae Richman, without precision of their family lineage, but this could led to think that Jonathan and Rainer knew each other well enough for their children to write know each other too, and this was confirmed by the Tucson Weekly which, at the time of the release of "The inner flame", presented Jonathan as an old friend of Rainer's. 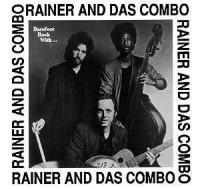 And so, despite all these connections, I would not have imagined even in a dream that I'd be able to listen to an album recorded by Giant Sand and Jonathan Richman.
In his message, Howe explained in a few words how this album came to be, and he went back to Spring 1999, when Howe had invited Jonathan and Tom for a drink at his home in the barrio after their gig at the Club Congress in Tucson.
As they visited the house, Howe had talked about the building works he was planning, and Jonathan, excited, had explained that he had been training in stone masonry for a few years already, and that he'd be happy to come back when he had a little more time to give a helping hand for this building work.
That's what was done during Spring 2000, when Jonathan came to spend ten days at Howe's home. They would work during the day, but, obviously, they would find themselves in the evening playing guitar in the living-room, without even realizing it.
Until one day when they came to mention Jonathan's country album that he had released in 1990, with The Skeletons backing him.

From one thing to another, the conversation switched to "Sleepwalk", the instrumental Jonathan had recorded the year before his country record, on his first album without The Modern Lovers, then to the version of the same "Sleepwalk" that Rainer had recorded in 1985 for his "Barefoot rock" album, produced by... Howe, less than a year after the first Band of Blacky Ranchette album.
Howe was saying that, without Rainer, Blacky would probably never record again, but Jonathan remarked that "Sage advice", in 1990, had been decided upon very quickly, and that it had been done without Rainer. And suddenly, without anyone knowing who had had the idea, it was obvious here in the room and in everyone's mind : if Rainer could not record with Blacky Ranchette anymore, Blacky Ranchette could get together around Rainer, who was still present in the hearts of his friends. 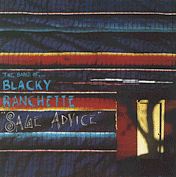 Nearly everything was decided that evening, with a few phone calls : Jonathan was in Tucson for another week, and when he would leave the album would be recorded, and the tiles would laid as forecast in Howe's home.
A phone call to Craig Schumacher to book the Wavelab studios for two days. A phone call to the musician friends to explain the idea (stroke of luck : the Giant Sand following the release of the "Chore of enchantment" album had just ended, and Calexico had not left yet to go on promotion for their third album) and invite them, and a few evenings spent choosing the songs and rehearsing them acoustically at Howe's and, the next week-end, The Band of Blacky Ranchette was back in the studio to record "I can't find my best friend", the release of which on his Ow Om label had just been announced by Howe. 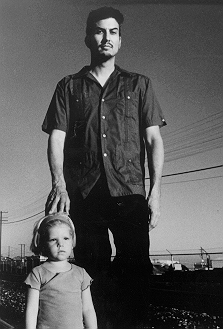 Apart from Jonathan Richman on guitar and vocals, The Band of Blacky Ranchette reunited with its most regular musicians : Howe Gelb on guitar and vocals, Joey Burns double bass, cello and vocals, Tom Larkins on percussions, John Convertino on drums, Neil Harry on pedal steel and Bridget Keating on violin.
As for the eleven songs on the album, they had been chosen among those by Rainer ("I am a sinner" and "Life is fine"), by Blacky Ranchette ("Play an old guitar", "Heartland" and "Nowhere"), by Howe for Giant Sand or his solo records ("Soldier of fortune", "Warm storm" and "The inner flame",the title song of the compilation that Giant Sand and Rainer had recorded together), and finally those taken from Jonathan Richman's repertoire ("The morning of our lives", making it the first studio version of this song that he was already playing in 1977, "I can't find my best friend" and a cover of "Satisfied mind", which he had already played on his country album).

And as for the fans of Jonathan Richman, Giant Sand and Rainer, they only had to wait a few more weeks to listen to the album... 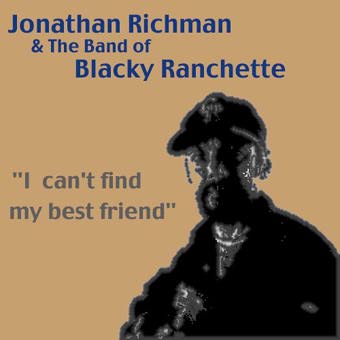 The above daydream was written on July 25th 1999.
Here's the technical info on the album, which might be released in the Autumn of 2000, if ever daydreams could come true :

take me back home